After class I decided to contact E. White directly to determine once and for all what he was really trying to say in his essay. I told my classmates what I intended to do and they recommended that I go to the library to find his mailing address. I found it and wrote a letter explaining the situation, never expecting to receive a response. Several weeks later, much to my amazement—and to the surprise of my friends in Breen-Phillips Hall—I found a letter from E. White in my mailbox. In his short, typewritten note, replete with strikeover corrections of typos, which gave the letter an air of authenticity, White said he empathized with students in my position and appreciated that I took his work so seriously.

In fact, he complimented me for the effort I had made. After that episode, I became increasingly aware that I inhabited two very different worlds at Notre Dame. In my academic world, thinking critically was highly regarded and often rewarded. In this arena, students were expected to question, probe, and analyze, rather than to blindly accept what they were told.

Although Notre Dame was a conservative place where ideas that challenged the moral authority of the Catholic Church were often suspect, many professors actually enjoyed having students who had strong opinions about issues raised in class and who critically evaluated ideas and beliefs most people seldom question. In time I came to love the give-and-take of intellectual debates, many of which took place in the dormitories with my friends. In my other world, the world of college football, there was little time or room for intellectual debate. 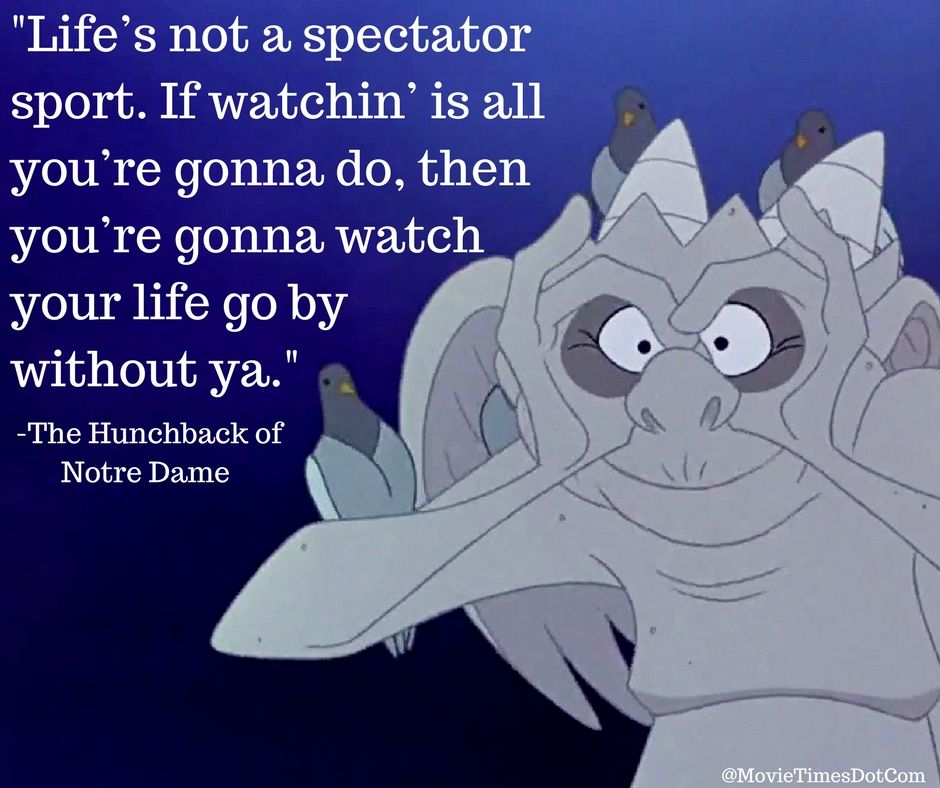 I learned very quickly to keep my mouth shut and never question the authority of the coach. When he finally arrived on campus in early January, the excitement was palpable. Notre Dame had finally hired a coach who could possibly return the Irish to their former days of glory. When Ara was introduced between the halves of a basketball game played at home, the students cheered wildly for at least ten minutes. He received a similarly warm reception when he gave a brief talk from the porch of Sorin Hall on the main campus. There was no mistaking that Notre Dame had hired a charismatic coach who could energize a crowd.

Whether he could win games remained to be seen.

It is a bond both within our family and to the wider ND Family. He says he remembers being wet head to toe and laying in the mud feeling dejected when suddenly Craig Bills a defensive player ran out onto the field, reached out his hand and pulled Taysom up. See Promo Details. This protest was a precursor of the revolt of black athletes that would explode on campuses at the end of the decade. Here is what they say: "Notre Dame encourages: "Enthusiastic support of your team "Good sportsmanship "Family friendly atmosphere "Commitment to safety "Welcoming attitude to all fans and visitors "Unacceptable behaviors: "Disruptive, unruly or intoxicated behavior "Foul or abusive language or obscene gestures "Rudeness to fellow fans or stadium personnel "Possession of alcoholic beverages in Notre Dame Stadium "Visibly intoxicated or disruptive fans" No wonder their fans are so awesome. He left absolutely nothing to chance. This is a must read for the Fighting Irish faithful.

He certainly had the background and experience necessary to turn things around. He had played college football at Miami of Ohio.

He was later drafted by the Cleveland Browns, where he played for several years for Paul Brown, a coach for whom Ara had a great deal of respect. After an injury cut short his professional playing career, Ara returned to Miami of Ohio as an assistant coach under Woody Hayes. When Hayes went to Ohio State as head coach, Ara stepped in as head coach at Miami, compiling an impressive 39—6—1 record over five years. He was then hired by Northwestern to revive a program that had ceased to be competitive in the Big Ten Conference.

He quickly returned the Wildcats to respectability.

His four straight victories over Notre Dame during the Kuharich era may have been what gave him an edge when vying for the Notre Dame job. I was not sure how to react to this coaching change. I had never heard of Parseghian and, more important, Northwestern was one of the few schools that had shown no interest in me as a high school recruit. When I scored my one-thousandth point in basketball during my senior year in high school, he sent me a congratulatory telegram.

Any misgivings I might have had about Ara Parseghian were quickly dispelled after his first meeting with the team. It is no exaggeration to say that the players sat spellbound as he laid out his strategy for how we would win the national championship. I have often told people that after that first meeting, Ara could have told us to jump off the top of Notre Dame Stadium, and many players might have seriously considered it.

He had a clear vision of where the program was headed and the charisma to make the rest of us believe in it.

In the weeks to come, he also demonstrated organizational skills that would have served him well in a military campaign. He left absolutely nothing to chance. The stopwatch became ubiquitous. On the first day of spring practice, I witnessed how, under effective leadership, a football team can be transformed into a finely tuned machine. When I walked through the locker-room door, I saw a large felt board on my immediate left to which nametags for every player on the team were affixed. The names were arranged in columns by playing position. The first two columns had gold markers above them, indicating first-team offensive and defensive players.

The players assigned to the next two columns, identified with the color blue, were on the second-team offense or defense. The fifth and sixth columns were green and red, respectively, representing players on the offensive and defensive preparation teams. The preparation teams ran the offenses and defenses of upcoming opponents during practice to give the starting teams an idea of what to expect. Some of my friends and I remarked on how closely the depth chart corresponded to our recorded times in the sprints we had run several weeks earlier in pre-spring workouts.

I was disappointed but not surprised to find my name in the column designated for the green preparation team.

Several other quarterbacks were also in that column. This daily schedule noted every drill, every scrimmage, and every possible action that would occur in practice broken down into precise time intervals. During my years at Notre Dame, these schedules were followed with clocklike precision. My next stop after studying the practice schedule was my locker. The assignment of lockers was socially stratified to match the depth chart, with gold teams toward the front of the locker room and prep teams in the back.

Having a locker right up front was a sign of prestige. Helmets, pads, shoes—everything worn in practice and in games was now state of the art. In the late nineteenth century, an industrial engineer by the name of Frederick Winslow Taylor developed a system called scientific management to increase worker productivity. Ara must have read his books. Practice always started exactly when the posted schedule said it would. Specialists like kickers, punters, and centers who hiked the ball for them had to be on the field thirty minutes earlier than the rest of us.

Ara personally used a stopwatch to time the interval between the snap of the ball and when it was kicked or punted. Every movement was analyzed to eliminate wasted motion.

When regular practice started, time continued to be managed efficiently. At intervals perfectly consistent with the schedule posted on the locker-room wall, managers would blast their handheld horns to indicate that it was time to run to another field, another drill, or some other scheduled activity. Time intervals devoted to conditioning and the kicking game were always scheduled at the beginning of practice.

After these, Ara would take his place on a high tower at the center of our practice area to get a better view of practice.

He reminded me a little of Napoleon, who would take a position on high ground to watch the progress of a battle. From his perch, Ara could watch players in gold, blue, green, and red jerseys sprinting from one skirmish to another, horns blowing and bodies colliding.

No player or coach escaped his gaze. It was not uncommon for Ara to yell down to assistant coaches when players were not doing their job, rather than yell directly at the players. Like loyal lieutenants, the coaches got the troops in order. After practice, coaches would work late into the evening evaluating player performances on a given day.

It was not uncommon for a player who was on the gold team one day to be demoted to the prep team the next. Movement from the bottom up also occurred. There was no grade inflation on the football field. The coaches used to say that it was impossible for any player, even one at the bottom of the chart, to hide during practice. The goal was to use every human and material resource available to maximize efficiency.

In that first spring practice under Ara, my dream of playing quarterback for Notre Dame began to slip away. My lack of speed was part of the problem, but not dealing well with stress was probably what killed me. There is no other way to explain why my tight spirals turned into wounded ducks when Ara was watching, or why on one occasion when he told me to take a snap from center and rifle a pass out to a wide receiver, the ball literally reached the receiver on one bounce.

Ara tested me on a number of occasions, giving me every chance to prove myself. I was simply too immature to take the pressure. My quarterbacking career came to an ignominious end one afternoon when Ara totally lost patience with me after I pivoted the wrong way on an off tackle play that I should have had down pat by then. This brings me back to the fateful meeting at the beginning of my sophomore year, when Coach Murphy announced to a group of us that we would never wear a Notre Dame uniform and play in a game.

Even after my disastrous spring, I had hoped that I would at least be able to play defensive back. Coach Paul Shoults saw no role for me in the defensive backfield, and quarterback was out of the question. I had no strategy for how to deal with this setback. What I did know was that I would refuse to take any abuse on the practice field and that I would do whatever was necessary to preserve my dignity. I refused to be a tackle dummy.